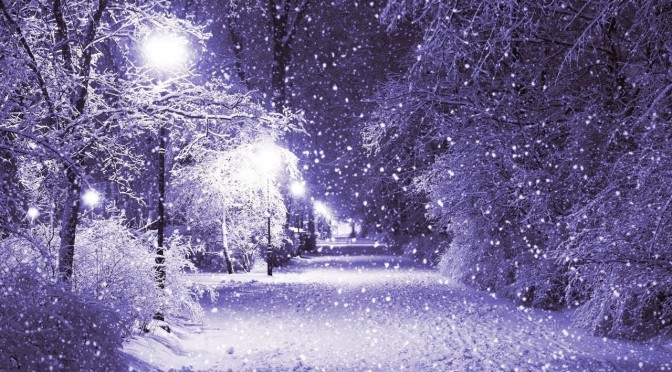 He took one last deep breath trying valiantly to make himself taller, more manly. This was the moment he dreaded. His hands trembled slightly as he stepped toward her, a long sharp straight pin dancing furiously in his right hand, an orchid corsage quivering in the other. He was going to pin the orchid on her dress… on her chest… on her breast. Oh! My God! He had never done anything like this before. Until now the only way he had ever touched a girl he liked was by punching her on the shoulder or pulling her hair. He nearly collapsed in relief when her mother stepped forward to take the pin and flower from his hands. He wasn’t sure if she was being kind or just afraid of seeing her eldest daughter bleed to death in front of her.

Tonight was Westfir High’s Sweetheart’s Ball. It was his first real date and he was taking Michele Olson, his “older woman,” to the dance. He was a mere high school freshman while she was a sophomore. Not only that, she was from Chicago and she was smart and she was nice and standing there with her long dark hair hanging over her shoulders and wearing a crimson print dress, black-rimmed cat’s-eye glasses and looking at him with her wonderful little smile, the one where the corners of her mouth turned up ever so slightly, she was beautiful!

Years later the images and sensations from that Oregon evening in 1958 played out in his mind like some silent, amateur art film. He was of an age now when he had far more memories than plans. Perhaps the snowflakes drifting down outside the window were the trigger.

In his mind he could see the white and green 1954 Chevrolet Biscayne drive from out of the darkness and park in front of her house under the single street light hanging overhead. A young man, a boy really, dressed in his older brother’s slightly too large sport coat got out of the car, turned to say something to the driver and, carrying a small white cardboard box, hurried toward the front porch to get out of the cold, rainy February evening. He hesitated for a moment then reached out and pushed the doorbell.

High school dances were held in the multi-purpose cafeteria-auditorium-theater just off to the right as you entered the building. That evening rolls of red and white crepe paper flounces hung from the high ceiling and construction paper hearts were taped artfully along the walls. Lunch tables were collapsed into their receptacles and metal folding chairs lined the sides of the room. Near the front, pushed against the wall, a single linen covered table held a large crystal bowl of red steaming punch, a mixture of 7-up, raspberry sherbet and dry ice. On the stage a large, padded wing-back chair sat between the half open curtains where later in the evening the Queen of the Ball would be officially crowned. On the far end an entire wall of windows looked out over the green wet grass of the practice field. Two large flood lamps mounted on the outside upper corners lit the field well enough so that from the dimmed room inside you could see a row of trees and the river beyond and up by the lights, the fine mist of rain settling steadily down.

That awkward first dance. This wasn’t like the dancing they made you do in PE class where they randomly paired off boys and girls and tried to teach you how to waltz while a scratchy recording of “The Blue Danube” blared across the gymnasium floor and echoed off the basketball backboards. No this was much more serious. This was a real dress-up, go-with-a-girl-you-really-like, dance!

The music began to play. Slow music. They looked at one another, he nodded ever so slightly and together they started toward the center of the dance floor. She turned toward him and put her hand on his left shoulder. He reached around her waist to the small of her back and grasped her other hand in his. His fingertips, suddenly acute sensors, could feel the tight weave of her dress, the line of the zipper down her back, the subtle undulation of her hips when she moved and the warm moistness of her hand in his. He could feel her multilayered petticoats performing their matronly duties as they pushed back against his knees. He was surprised at how strong, how solid and supple her back felt under his hand.

Tentatively he stepped forward trying to find the rhythm and they began. They didn’t look at each other at first, instead they looked out over their outstretched arms as though preparing to tango and began to move with a stiff, stilted, jerkiness more like stick figures, around and around, until gradually relaxing and beginning to move together, one leading, the other following, they danced. House rules, strictly enforced, maintained that there would be no cheek-to-cheek bodily contact but as the evening deepened, as the dancing improved and the shyness retreated, they began to look at one another and as they did they moved in as closely as they could.

“That’s okay, I walk on them too!” was the only criticism his dancing received the entire evening.

Midway through the dance snow began to fall. At first, through the floodlights, you could see small occasional flakes mixed in with the winter rain but as the evening progressed more and more of the mix turned to snow until outside the windows the night-lit sky was filled with silver dollar flakes and the grass slowly covered in a quiet white blanket so that by the end a full three-inch layer softened everything.

He had arranged for them to be let off several blocks away so they could walk for a time through the falling snow. At this late hour the newly covered side streets were unblemished by tire tracks, foot traffic, or even pets. They were as pure and fresh as the two youngsters who, holding hands, came walking out from the darkness into the circle of light under the streetlamp in front of her home while the snowflakes continued touching down lightly on her dark hair and blending with the tiny white roses of her red print dress.

He did have a smile on his face.

And many years later, the old man in the chair by the window looking out at the falling snow, smiled too.

2 thoughts on “An Evening With Michele O.”